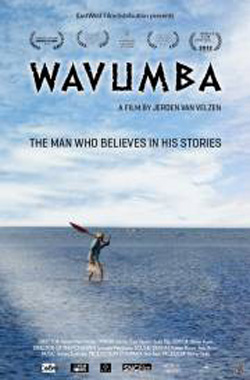 Somewhere in Kenya there is an old fisherman called Mashoud, who believes in his stories, stories which paint a picture of a world of fantasy where the sea has a spirit, men can talk to fish, and seahorses dance on the waves. The one Mashoud prefers is about his inexorable destiny to capture a giant shark all by himself. After many years in England, director Jeroen van Velzen decides to go back to Kenya, where he grew up listening to these kinds of stories, and allows himself once again to be carried away by the memories, myths and fantasies that characterize the African tradition of storytelling. With WAVUMBA, he takes us on a journey with Mashoud to rediscover the innocence of believing in stories.