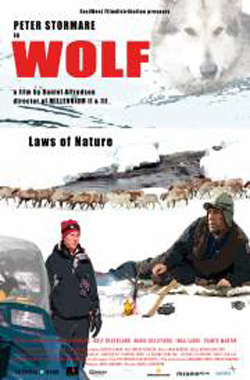 Nejla (Robin Lundberg) has an unlimited admiration for his uncle, Klemens (Peter Stormare), a solitary man who is taking care of his brother's small herd of reindeer after losing his own and falling on hard times. Klemens lives in close contact with nature and in tune with the changing seasons. Nejla would like to follow in his uncle's footsteps and live like him, but his parents put pressure on him to abandon this disappearing lifestyle. When the reindeer are viciously attacked by the wolf straying in the area, Klemens and Nejla react without regard to the law. The desire to protect their dwindling herd brings them into conflict with the rules of society, but forces Klemens to stand up for his nephew.

Winner of 2 Awards of the Montréal World Film Festival in 2008: Best Artistic Contribution, and, Prize of the Ecumenical Jury

Nominated to the Grand Prix des Amériques, of Montréal Festival, in 2008