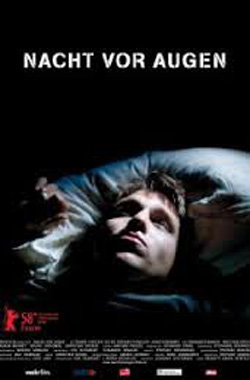 Twenty-five-year-old David returns from a Bundeswehr mission in Afghanistan to his home village in the Black Forest. His girlfriend Kirsten and his mother welcome him warmly and his shy eight-year-old brother is full of admiration for him. But David is close-mouthed, brusque, and not the same man he was before the mission. Shortly after his return, the Bundeswehr informally honours him for supposed heroism. He is said to have shot an Afghan assassin in self-defence, thereby saving the lives of his whole unit. David returns his old job as a paramedic and lives with Kirsten. But he can’t sleep at night. Nightmares of Afghanistan plague him. David’s life gradually goes out of control.

Nominated to 1 Film Award in Gold, of the German Film Awards, in 2009: Best Screenplay (Johanna Stuttmann)

Nominated to the Grand Prix of the Ghent International Film Festival, in 2008: Best Film