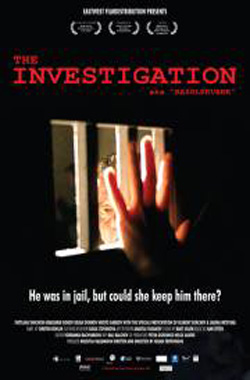 Parts of a corpse have been found and the suspect, Plamen Goranov, brother of the murdered man, has been detained. He denies the charges and since there is no direct evidence that he has committed the crime the investigation is about to be cancelled. Then a new investigator is appointed - Alexandra Yakimova - and she starts everything from scratch. During the day she interrogates the relatives, friends, colleagues of the two brothers and at night she interrogates Plamen. She hasn't got much time left for her family.

She has chosen solitude for herself and she tries to overcome it by more andmore work. Loneliness is eating Plamen too, and the tough man starts cherishing his encounters with the investigator for the chance to talk toher. The film follows the course of the investigation, focusing on its maintheme – desperate loneliness and how to come to terms with it.

Winner of the Grand Prize of the Cottbus Film Festival of Young East European Cinema, in 2007