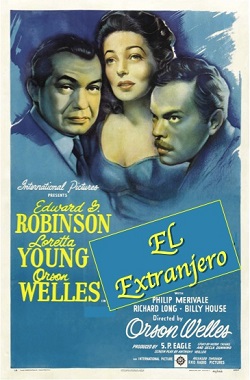 Charles Rankin is a respectable Connecticut professor about to marry the daughter of a United States Supreme Court justice. However, he hides a terrible secret, since his real identity is that of Franz Kindler, responsible for numerous crimes during the Nazi holocaust. On the other hand, Wilson, belonging to the War Crimes Commission, tracks him down through a comrade of his, Meinike, who is able to rat him out. Rankin, faced with the possibility of his facade being exposed and ending his peaceful existence, ends the life of his former comrade by hiding his corpse deep in the woods. The only clue left for Wilson is his fascination with vintage clocks.