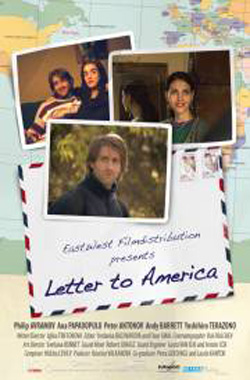 ´Can a long-lost song save a friend from death in a New York hospital?´
Kamen an aspiring theatre director emigrates from Bulgaria to America to work in New York. His best friend Ivan a frustrated, but aspiring writer, stays behind in Sofia with his girl-friend Nina. One night, Ivan learns that his best friend has suffered a possibly fatal car accident in New York and is in hospital in a coma. Denied an America visa to be by his friend, Ivan hitch-hikes across Bulgaria armed with a video camera to the village where Kamen was born in search of his friend´s grandmother. He remembers that she used to sing a song `About life that passes as a Shadow`, a song that can resurrect the dead according to Bulgarian folklore. A song that may save his friend´s life. Ivan´s odyssey explores friendship, sanity, myth, faith, inspiration, death, life and hope.

Winner of the Don Quixote Award, and the FIPRESCI Prize, at the Molodist International Film Festival 2001

Nominated for the Grand Prix des Amériques, at the Montréal World Film Festival 2001