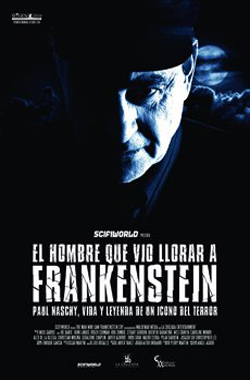 The man who saw Frankenstein cry

As it can be seen in his home letter box, Jacinto Molina was two people at the same time. On one hand, he was the furrier’s son from Postas street in Madrid and the young man who almost went to Rome and Tokyo Olympic Games.On the other hand, Paul Naschy, the myth who signed autographs for hours in New York and Los Angeles and the one who received a call from Steven Spielberg asking him for copies of his films.

Hosted by the american director and screenwriter Mick Garris (Masters of Horror, The Stand, The Shining), THE MAN WHO SAW FRANKENSTEIN CRY revises the career of both aspects, intermingling them in order to explain how Paul Naschy figure would have never existed without the thousands of anecdotes that make up Jacinto Molina’s biography.