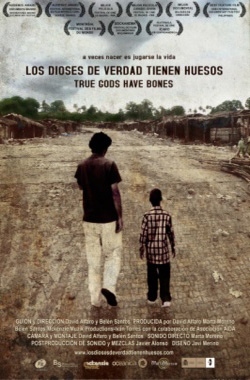 Life in Guinea Bissau is not easy because it is one of the poorest countries in the world. Children with severe health problems have to be evacuated to Europe as their only chance for survival. The day to day lives of five people of different races, beliefs and backgrounds, reveal the complications of carrying out these evacuations. These difficulties are caused by bureaucracy and political instability. One day, much like any other, the President and Chief of Staff are murdered and the country is paralyzed. The protagonists teach us about the struggle in Guinean society to look forward to the future with a smile, something that a priori would seem impossible. But in Africa easy things are difficult and the impossible becomes simple to achieve.