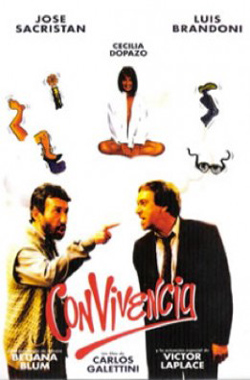 Two friends in their fifties, spend their weekends sharing a house by the river. They live clinging to the past that is constantly recalled in their frequent arguments. During a storm Tina, a young girl arrives to the place seeking for refuge. She will be the men's last chance to break through their stagnant way of life.