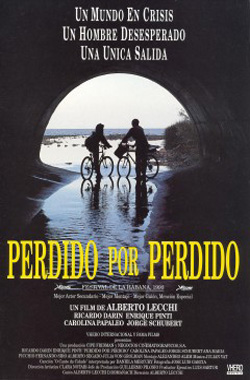 A young man, unable to pay the rent of the apartment he lives in with his wife, decides to participate in a siwindle. Allied with an insurance company investigator they confront a powerful economic organization.