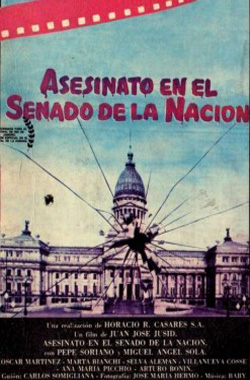 Murder in the Senate, or, Murder at Congress

In 1953 when Lisandro de la Torre denounces at Congress fraudulent transactions with argentine meat in England, a murderer hired to kill him misses his shot and kills a senator.