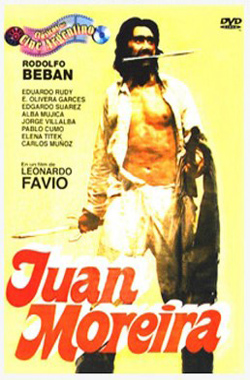 Juan Moreira is unfairly sent to jail. When he is liberated he makes justice with his own hands thus sealling his fate. Persecutions and deaths follow. He joins a political party and changes sides when he is betrayed. Submerged in political rivalries, fraude, and betrayal, death seems his only way out.

Based on a novel by Eduardo Gutiérrez.