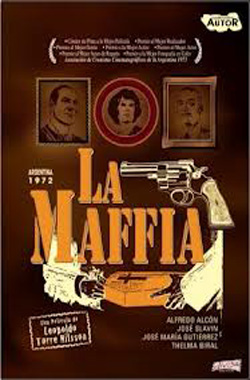 Francisco Donato is the mafia boss in the city. One of his henchmen, Luciano, tries to take his place and he achieves it for some time until Francisco is ready to take revenge. But Luciano outwits Francisco and escapes with his daughter and an anarchist who is a friend of his.

Based on a story by Osvaldo Bayer and José Dominiani.