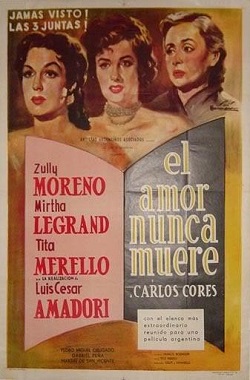 Episode I: Trinidad Guevara and Juan Aurelio Casacuberta's story, considered the two first actors in Argentina. Their period of glory was during 1820 and 30's.

Episode II: Romance between two young from a modest family in Buenos Aires at the beginning of the century. Both think the other is rich because they have met at a party where they pretended to be.
Episode III: A widow works all her life so her son can study at the university. When he finishes, he gets married with a girl, from a family in a higher social position. The mother observes that her son is ashamed of her, and she put herself aside.