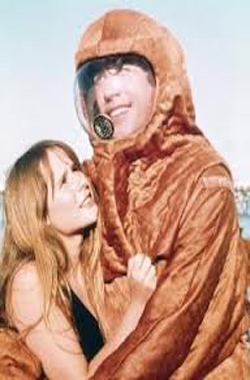 The boy in the plastic bubble

Based on a true story, Tod Lubitch is born with a deficient immune system. As such, he must spend the rest of his life in a completely sterile environment. His room is completely hermetically sealed against bacteria and virus, his food is specially prepared, and his only human contact comes in the form of gloved hands. The movie follows his life into a teenager.

Winner of 1 Primetime Emmy: Outstanding Performance by a Supporting Actress in a Comedy or Drama Special (Diana Hyland)

Nominated to 2 Primetime Emmy: Outstanding Writing in a Special Program - Drama or Comedy - Original Teleplay, and, Outstanding Achievement in Film Sound Editing for a Special

Nominated to a TV Land Award: Blockbuster Movie of the Week