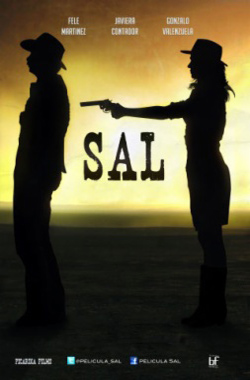 In search of a true western Sergio, a Spanish film director, travels to the rural deserts of Chile where becomes trapped in a local desert community where he's mistaken for a marked man. In the middle of a heated dispute, Sergio must fight for his life and learn to walk in the shoes of a real outlaw in order to escape.

Co-production between Chile and Argentina.

Winner of the CINE Masters' Series Award, at the CINE Competition 2013: Independent Division

Winner of a Silver Lei Award, at the Honolulu International Festival 2013: Feature Films

Winner of 2 Gold Award, at the WorldFest Houston 2012: Best Western; and, Feature Film

Nominated for the Audience Choice Award, at the Chicago Latino Film Festival 2012