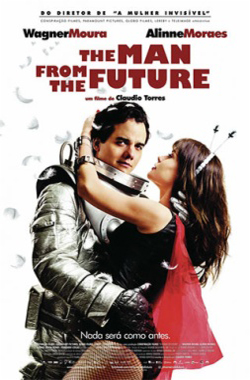 The man from the future

Zero (Wagner Moura) is a brilliant scientist, but unfortunate because 20 years ago he was publicly humiliated in college and lost Helena, the love of his life. One day, an accident with one of his inventions makes him travel in time—more precisely, to the past. After the chance to change his story, Zero returns as a changed man.