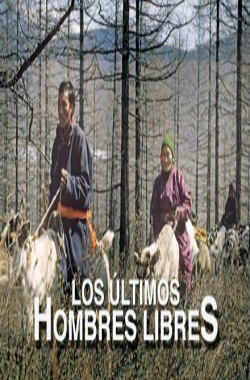 The Tuareg, also known as the “Blue People”, have always been the lords of the desert. Our crews find them in northern Niger, during the season in which their large camel caravans plough through the dunes of Tenere to gather salt from the salt marshes of Bilma.

From the small towns of Charazani and Curva, hidden in the remote gorges of the Andean mountains of Apolobamba, the Callahuayas set off on journeys that last up to two years. They are witch doctors who travel the American continent with the mission to cure sick people. We witness the return of a caravan of these sacred wizards.

In India, we travel together with the Holy Men. They are the Sadhus. They live a life of wandering as they move from one temple to the next, preaching in the towns. Everyone lay flat on the ground as they pass, although they practice another religion.

The jungle in the south of Ecuador and the north of Peru is inhabited by the feared Huaorani. There are still Huaorani tribes today with whom no one has ever made contact. They are feared on account of their poisoned darts. They live isolated, although many have adapted to the influences of the surrounding culture.

The Chinese province of Qinghai, at 5,000 meters above sea level, is inhabited by the Golokpa. They still ride through the plateaus, with their traditional dresses decorated with snow leopard skins. They continue to be rooted to their nomadic customs. Their portable homes are always guarded by the fierce Tibetan mastiffs.