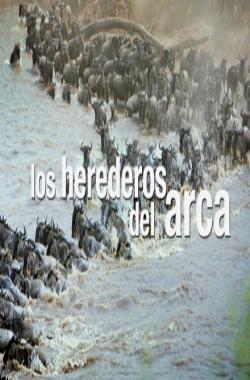 The heirs to the ark. Chapter 3: Light in the heart of darkness

This episode will be focused on the problems and threats of the equatorial jungles. Taking the Centro African jungles as an example, we will see which are the new challenges for conservation of what is considered to be the richest in biodiversity ecosystem. At the same time we will see what is being done in ex situ conservation of their species and the problems this undertakes. Chimps and bonobos, jungle elephants and red buffalos, pygmies and big trees. Impenetrable forests and logging companies, the already known as bush-meat trade and the political corruption in the logging licenses… all those are problems with a difficult solution where the most prestigious conservationist societies and foundations of the world are placing all their efforts on. In this episode some of the newest and remotest parks and natural reserves of the planet will serve to make us understand the fragile equilibrium that is close to be broken. Illnesses such as Ebola, paramilitary rebel factions, illegal miner work and a great many of other terrible threats will be the enemies against who the heirs to the ark will have to fight in order to keep the extraordinary richness of the African Tropical Jungles.