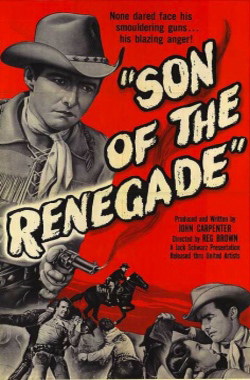 Son of the renegade

In a throw-back to the worse of the 1930's indie westerns, Red River Johnny gathers his friends (most of whom are called some variation of the name Bill) and returns to claim the heritage of his father who was outlawed many years ago by the sheriff of Red River. The present Sheriff Masters, son of the man Johnny's father shot, is his enemy. Three-Finger Jack stages a series of robberies and stage coach holdups, for which he frames Red River Johnny.