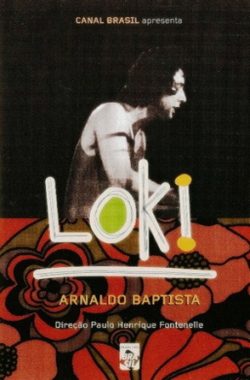 A cine biography of Arnaldo Baptista founder of the Brazilian band Os Mutantes (Tropicalia movement - late 1960s), the narrative is shown by moving testimonials from the artist while he paints an emblematic painting.
Packed with songs that marked a generation the film shows the story of one of Brazil’s biggest rock-stars.

Winner of the Crystal Lens to the Best Documentary, at the Miami Brazilian Film Festival 2009

Winner of the Jury Award to the Best Director - Documentary, at the Prêmio Contigo Cinema, Brazil 2009

Nominated for the Jury Award to the Best Documentary, at the Prêmio Contigo Cinema, Brazil 2009