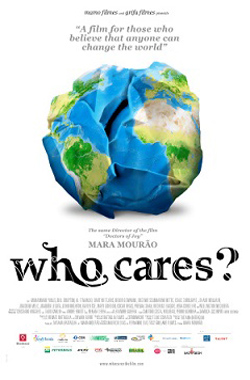 The film is about the rapidly growing movement of Social Entrepreneurship, brilliant people with innovative ideas that are creating thousands of social organizations around the world. Shot in seven different countries: Brazil, Peru, Tanzania, USA, Canada, Germany and Switzerland, the film focuses on people who have taken it upon themselves to improve societies that are lacking.
Among them: Bill Drayton, founder of Ashoka and Muhammad Yunus, Nobel Peace Prize winner. Perhaps the biggest contribution from the people profiled in the film is the belief that it is possible to eliminate the major problems of humanity.