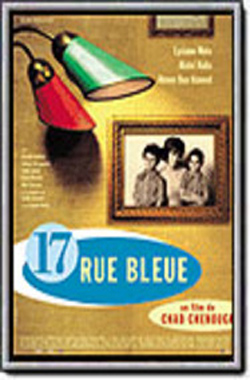 Five years after her escape from Algeria in 1967, Adda lives in 17, rue Bleue, Paris, with her two children and her two sisters. She has a relationship with Merlin, her boss, who guarantees a comfortable situation for her family.

After his death, her destiny changes. Adda sees in the death of her lover, the opportunity to lay hands on a part of his fortune.