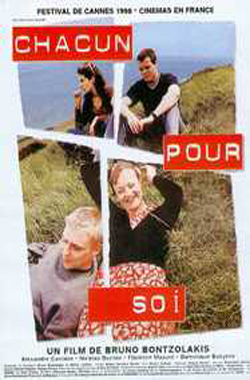 Thierry and Nicolas, two young boys who have not known nothing but unemployment, and who have just been demobilized without being able to find an occupation in the army, settle in a campsite in the seaside. Very soon, two women in their thirties pose their tent beside them, Annie and Françoise. Nicolas and Francoise will live a love story and hastily decide to settle together with Françoise. A few months later, the two young men find themselves after a painful separation. Their complicity reborn soon. But Françoise gives an ultimatum.

Winner of the Prix SACD, of the Avignon Film Festival 1999