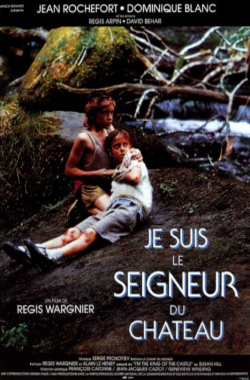 I'm the king of the castle

After the death of his wife, Jean Breaud, decides to hire a governess for the holidays, Mrs. Vernet, to take care of his son Thomas. Mrs. Vernet has also a son, Charles, with the same age than Thomas.

Mrs. Vernet and his son arrive on a beautiful summer afternoon at the castle. The meeting between Mr. Breaud and Mrs. Vernet is courteous, attentive to each other's loneliness. Thomas, hidden in the highest tower, observe the intruders and prepares to defend its territory.

Based on the novel "I'm the king of the castle" by Susan Hill.

Nominated for a Gold Hugo, at the Chicago International Film Festival 1989: Best Feature

Nominated for a César Award 1990: Most Promising Actress (Dominique Blanc)