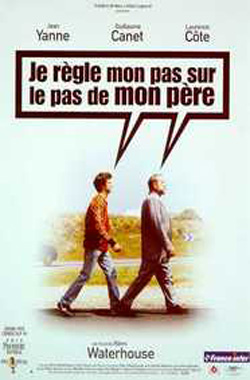 Walking in my father's footsteps

After the death of his mother, Sauveur finally finds out the identity of his father. But the first contact by telephone with his progenitor is difficult: he is rebuffed by a jeering Bertrand who denies paternity. Sauveur decides to approach incognito and slips with him in the role of associate to a scam without scale. And he discovers the man behind. Then begins the learning of disillusionment.

Nominated for the Grand Prix, at the Paris Film Festival 1999.