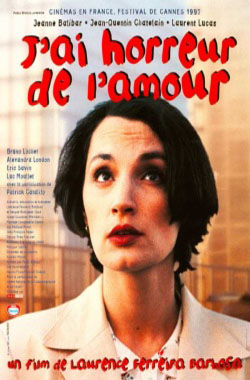 I hate love, or, I can't stand love

Annie Simonin, general practitioner, try to face reality between a hypochondriac tracker that threat her of death and a young HIV positive man who refuses to fight and to whom she tries not to disappoint.

Winner of the Award of the Youth, at the Cannes Film Festival 1997: French Film

Nominated for a César Award 1998: Most Promising Actress (Jeanne Balibar)