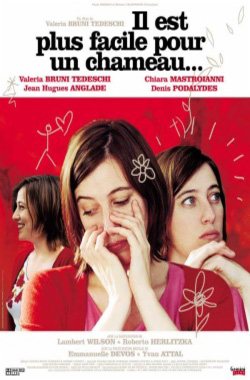 The main problem of Federica (Valeria Bruni Tedeschi) is the desire of most humans: she is too rich. In addition of an excess of money, she has a boyfriend who pushes her for having children, an old lover back into her life and her family that unstable her. She can only escape her reality through dreams where everything is perfect.

Co-production between France and Italy.