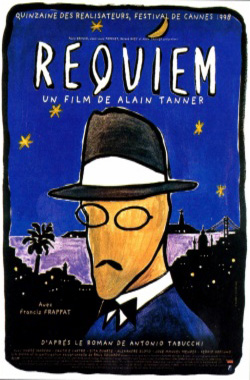 Paul has a strange appointment in Lisbon, where he will meet the ghost of Fernando Pessoa. As he waits, he will meet, by a series of coincidences, a variety of characters of the present and the past, where the living and the dead cross at the same time, and where time is decompartmentalized.

Based on the novel by Antonio Tabucchi.

Co-production between France, Switzerland and Portugal.

Nominated for the Tokyo Grand Prix, at the Tokyo International Film Festival 1998