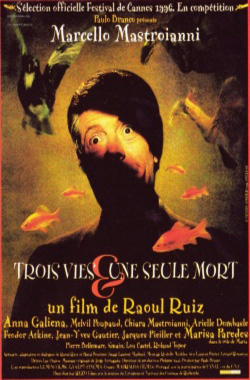 Three lives and only one death

Marcello Mastroianni plays a character affected by multiple personality syndrome. Caught in the vortex of this fantastic tale, Mastroianni lives three lives and assumes three destinys that will not cease to cross over the entire film.

Co-production between France and Portugal.

Winner of the Critics Award, at the São Paulo International Film Festival 1996

Nominated for a Palme d'Or, at the Cannes Film Festival 1996