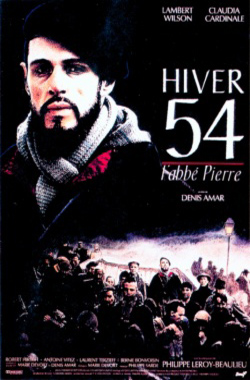 1954, winter is particularly harsh, and nine years after the war, the priority is not housing. Homeless sleep in the streets, while some find refuge in the house of Abbé Pierre. Former Member of Parliament, former resistance fighter and creator of the Chiffoniers Builders of Emmaus, he devoted himself to the poorest. He proposed the Senate the draft "emergency cities" that is refused the night of 3 to 4 January. That same night, a baby dies frozen by the cold. He launches a poignant call to the radio to get donations and Le Figaro publishes an open letter.