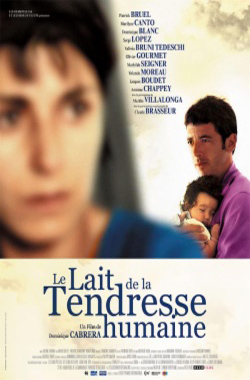 The milk of human kindness

Christelle, 30 years old, works in the area of ??Besançon. She has just given birth to a daughter, Cendrine, and she already had two son, Rémi and Cedric.
Christelle is unable to cope with what this birth implies as reorganisation. She runs away and her upstairs neighbor receives her at her home. Laurent, Christelle's husband, looks for her, questioning her father, mother, sister and friends.

Co-production between France and Belgium.

Nominated for a Golden Leopard, at the Locarno International Film Festival 2001: Dominique Cabrera

Nominated for a Gold Hugo, at the Chicago International Film Festival 2001: Best Feature