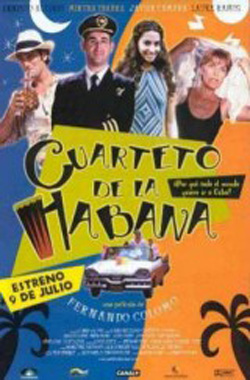 Walter's life takes an unexpected turn when he discovers a videotape in which a Cuban woman, named Lita, claims to be his real mother. Without thinking twice, he goes to Cuba, where he meets Lita, her daughter Diana, and Segis, supposed boyfriend of Diana. The meeting of the four would trigger a funny situation that has nothing to do with the idyllic family life Walter expected to find.