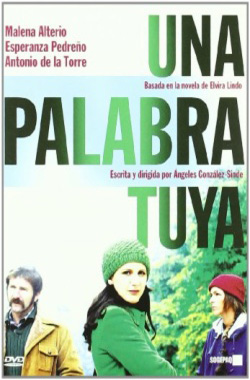 One word from you

Rosario and Milagros are sweepers and they know each other since childhood. As vulnerable in appearance as firm despite its contradictions, Rosario tells about the years she spent with the force of nature that is Milagros; years of setbacks, illusion, fear and realities that have shaped the fear of not deserving to be happy. "One word from you" is a portrait of two women, two life paths: one to the most cruel nothing from a sad life, and the other to an expectant future from a redeemed life; and in the middle, mercy and forgiveness.

Based on the novel by Elvira Lindo.

Nominated to a CEC Award at the Cinema Writers Circle Awards, 2009: Best Film

Nominated to the Newcomer Award, of the Spanish Actors Union 2009: Female (Esperanza Pedreño)