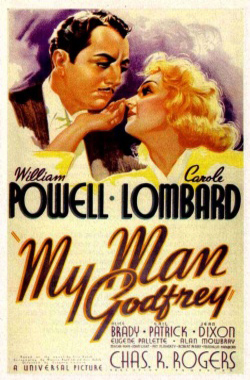 A socialite young woman hires a derelict with a mysterious past, to be her family's butler, only to fall in love with him, much to his dismay.

Based on the novel 1101 Park Avenue, by Eric Hatch.

Winner of National Film Registry, in 1999.