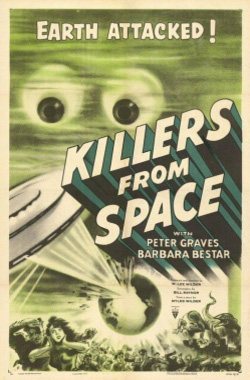 Atomic scientist Doug Martin is missing after his plane crashes while on an investigatory mission after a nuclear test. Showing up at the base later, he is given sodium pentathol after being caught in espionage activities. He is not believed as he relates how he was captured by aliens who plan on conquering Earth by using giant animals and insects.