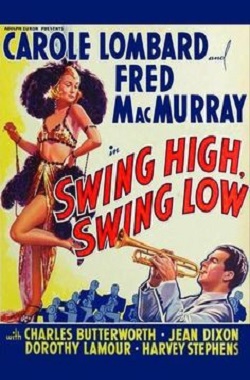 In Panama, Maggie King meets soldier Skid Johnson on his last day in the army and reluctantly agrees to a date to celebrate. The two become involved in a nightclub brawl which causes Maggie to miss her ship back to the States. Now stranded, she's forced to move in with Skid and his pal Harry. She soon falls in love with Skid. Skid gets a job playing the trumpet at a local club and becomes a big success. Fame and fortune go to his head which eventually destroys his relationship with Maggie and his career.

Based on the play Burlesque, by George Manker Watters and Arthur Hopkins.