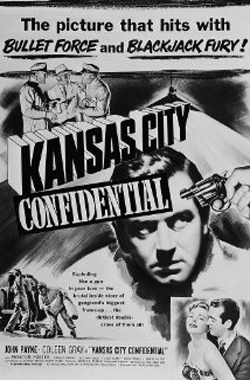 Four robbers hold-up an armored truck, getting away with over a million dollars in cash. Joe Rolfe (John Payne), a down-on-his-luck flower delivery truck driver is accused of being involved and is roughly interrogated by local police. Released due to lack of evidence, Joe, following the clues to a Mexican resort, decides to look for the men who set him up both to clear his name and to exact revenge. What he doesn’t know is that the heist involves a retired policeman who is also intent on revenge.