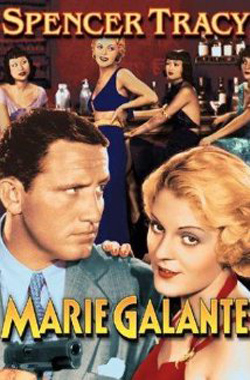 Marie Galante is abducted by a drunken sea captain. He leaves her stranded in Yucatan, where she gets a job as a cafe singer in hopes of paying her way to the Panama Canal zone. While en route, she meets Crawbett (Spencer Tracy), who unlike most of the other men she's encountered believes the kidnapping story. Crawbett, a secret agent, comes to Marie's rescue when she gets inadvertently mixed up in a plot to sabotage the Canal.

Based on the novel by Jacques Deval.