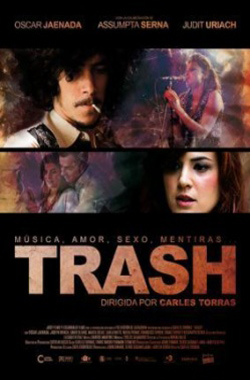 "Trash" tells the story of several characters that transport us to a social reality that is reflected in our relationships: the current culture of throwaway relationships.

Young Clara learns that she is being betrayed by her boyfriend and has to learn to overcome it. David, Clara's boyfriend, will have to learn from his mistakes going through hell. Nacho has to deal with an obsession that takes him to the limit. Cristian will have to overcome many temptations to realize what is really important. And, Carmen will discover a new world full of surprises. With them and their experiences we would delve more into the difficult and strange world of relationships.