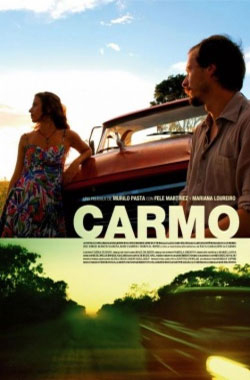 Marco (Fele Martinez), a Spanish confined to a wheelchair, traffics with stolen goods for one of the most dangerous roads in South America. In one of his tricks along the border between Brazil and Paraguay, two robbers (Seu Jorge and Marcio Garcia) assault him and steal all the merchandise. In his life appears Carmo (Mariana Loureiro), a young Brazilian beauty desperate to flee his hometown. Carmo offers herself to help Marco to find the bandits in exchange for half of the goods. Carmo and Marco embark on a dangerous and outlaw journey, living an intense romance through the spectacular scenery of Brazil's border with Paraguay, Bolivia and Argentina.

Co-production between Spain, Brazil and Poland.

Nominated to the Grand Jury Prize, at Sundance Film Festival 2009