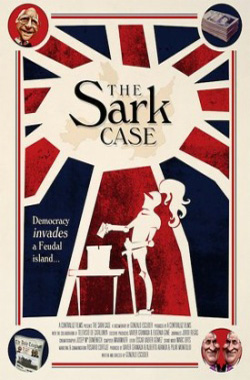 On December 10, 2008, the small island of Sark (UK), held its first democratic elections in its history, after more than 450 years of feudalism. It was the end of feudalism in Europe.

But, how did a feudal system survive in Europe until the twenty-first century? Why the UK, one of the most active advocates of democracy, allowed its existence under the sovereignty of the Crown? But more surprising is that the advent of democracy to the island of Sark is not nearly as bucolic as we can imagine. The hostility of its inhabitants before its first democratic elections produced a climate of conflict and tensions between the island community.

"The Sark Case" reveals the power struggle between the feudal Seigneur and two mysterious twins millionaires, standard bearers of the arrival of democracy in Sark, a tax haven. The incredible portrait of the last week of feudalism in Sark, the week of its first democratic elections. A story of struggle between tradition and change in the XXI century, between competing interests, with a surprising and unexpected end.