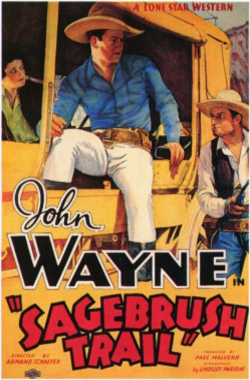 Sagebrush trail, or, An innocent man

Sentenced for a murder he did not commit, John Brant escapes from prison determined to find the real killer. By chance Brant's narrow escape from lawmen is witnessed by Joseph Conlon who goes by the name of "Jones". Giving Brant the name of "Smith' Conlon/Jones gets him into his outlaw gang hiding out in an abandoned mine. Brant attempts to disrupt the outlaw gang's robberies and comes closer to finding his man.