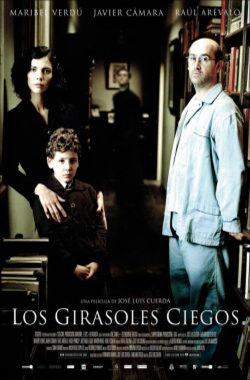 Orense, 1940. Every time Elena closes the front door, she locks her secrets. Her husband, Ricardo, threatened by a ruthless ideological persecution, has been hidden for years in the apartment where they live with their children: Elenita and Lorenzo.

Salvador, a disoriented deacon after fighting at the front, is back to the seminary of Orense. His doubts about the vocation lead the Rector to delay his access to the priesthood for a year. In the meanwhile, Salvador will teach in the school where Lorenzo, Elena's son, studies. The deacon becomes obsessed with Elena, to whom he believes widow, and harasses her. The fragile reality of the family is staggering.

Based on the novel by Alberto Méndez.

Winner of an Award of the Spanish Actors Union 2009: Film: Performance in a Minor Role, Male (José Ángel Egido)