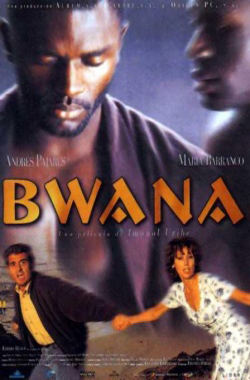 A taxi driver and his family, on vacation at the beach, find an illegal immigrant who does not speak Spanish. At first they decide to flee, overwhelmed by fear, but in their leaving, they lose their car's keys so they will be forced to spend the night with the young foreigner...

Based on the play "La mirada del hombre oscuro", by Ignacio del Moral.

Winner of the Prize of the Jury at San Sebastián International Film Festival 1996: Best Cinematography