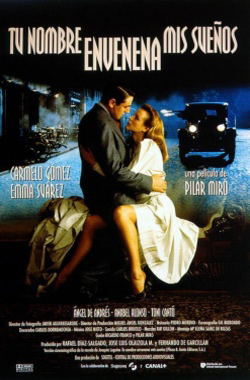 Your name poisons my dreams

Angel Barciela and the police inspector Francisco Valduque meet again after several years at the funeral of engineer Buendía. Both hope to see Julia, the daughter of the deceased and one of those involved in the investigation.

Based on the novel by Joaquín Legina.