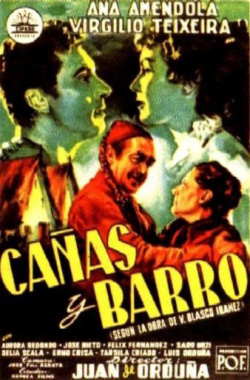 The film tells the story of three generations of the Palomas, who lived in Albufera (Valencia, Spain) in the early twentieth century. From Uncle Paloma, the fastest oarsman in the region, through his son Tono, who decides to devote to rice cultivation breaking a centennial family tradition of fishing activity, until the young Tonet.

Co-production between Spain and Italy.

Winner of the Prize of the National Syndicate of Spectacle, Spain 1954: Best Film