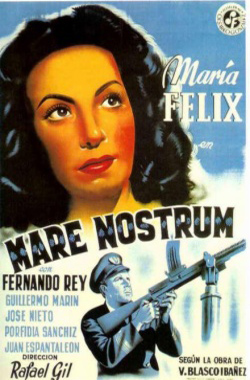 September 1939, early stages of World War II. The Spanish merchant "Mare Nostrum" enters the port of Naples to repair a fault. Ulises Ferragut is its captain. In the ruins of Pompeii he meets a mysterious and beautiful woman named Freya and falls in love with her.

Winner of a Special Mention, by the National Syndicate of Spectacle, Spain 1948: Best Film