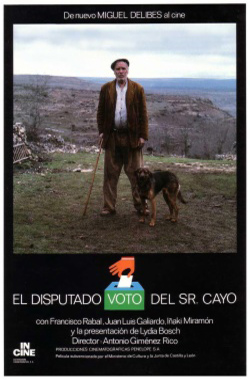 Spain, 1977, during the first democratic elections after Franco's death, a candidate of the socialist party travels with two young militants to a small town in the north of Burgos, where they met the mayor of a village with three inhabitants, Mr. Cayo.

Based on the novel by Miguel Delibes.