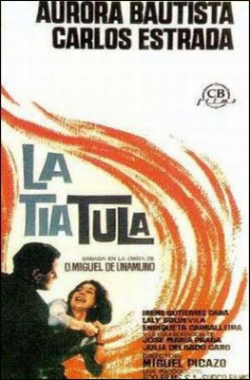 After the death of her sister Rosa, Tula brings his brother-in-law, Ramiro, and his two nephews to her house. Cohabitation becomes increasingly difficult, because a suitor of Tula wants Ramiro to influence over her and facilitate the wedding. But Ramiro feels attracted to Tula and proposes marriage to her.

Based on the novel by Miguel de Unamuno.

Winner of the Prize of the National Syndicate of Spectacle, Spain 1964: Best Female Star (Aurora Bautista)

Winner of the National Board of Review, USA 1966 : Top Foreign Films